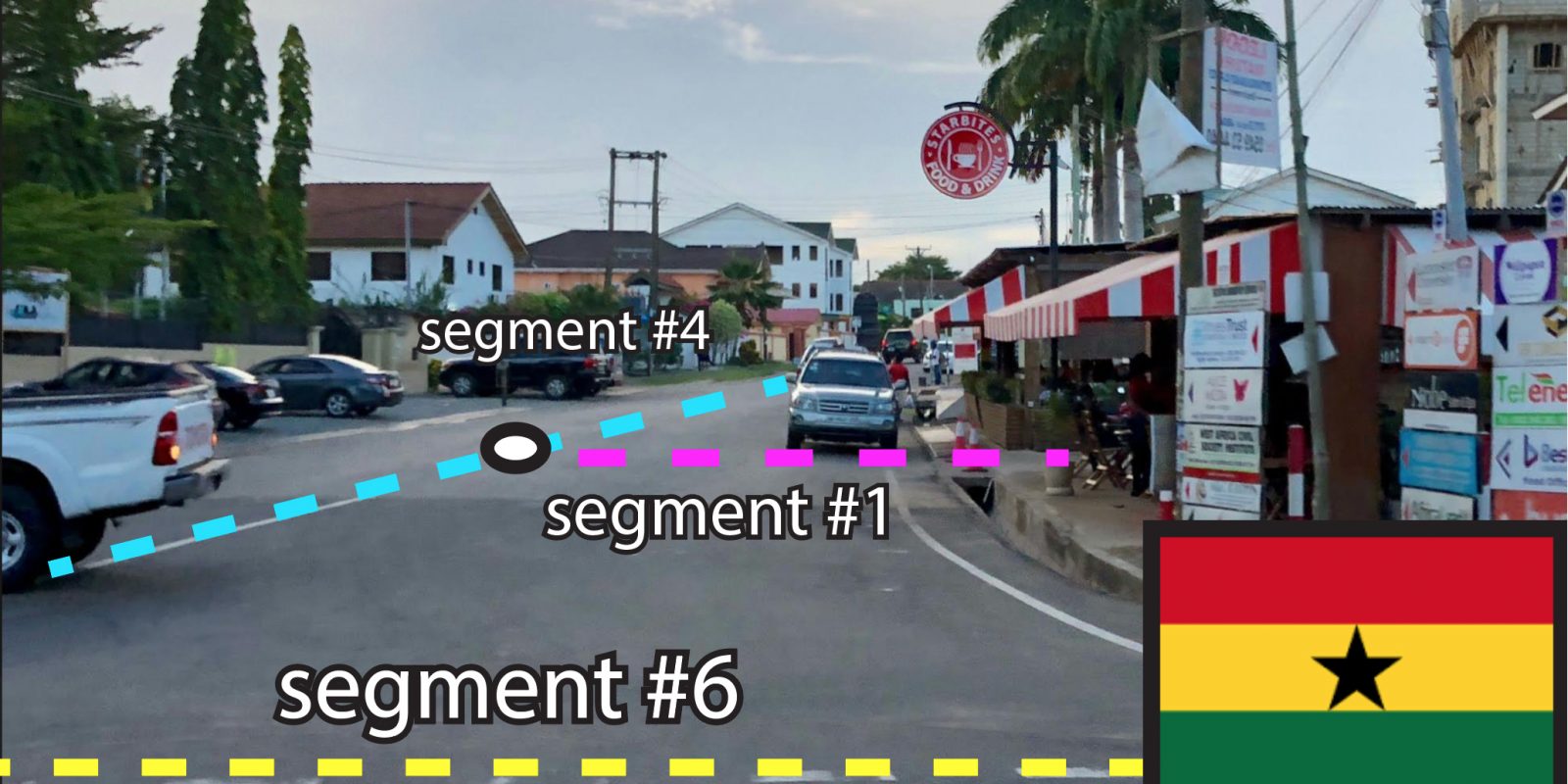 For many countries, the absence of formal, consistent address management is costing their governments and businesses huge sums of potential income.

Without fully defined addresses, ie with street names and numbered properties, there are issues with tax collection, service provision and the efficiency of the emergency services. Considering this, it’s somewhat surprising that many cities and rural areas function as well as they do – but clearly at a great cost to individuals, businesses and government alike.

We are currently working with partner organisation, Jospong Group, in Ghana to allocate a street name for every street in the country, using our specially adapted National Street Naming and Numbering (NSNN) solution. The solution implements principles from the British Standard for addressing, the World Bank standards for street naming and numbering and conventions from the Universal Postal Union. This is a considerable feat, since over a million streets and 20 million properties in this developing nation require naming and numbering – from sparsely populated rural areas to the densely populated urban towns and cities.

The process of introducing street naming systems to countries for the first time is not an easy task and can lead to conflict between logic and practicality. While knowing where a street starts and ends may seem like a straightforward process, in the 100 or so countries where there is no street-naming convention in place, this can be quite the opposite. Identifying where a street starts and ends defines the geometry of the street.

Where does a street start and end?

There are two main approaches that can be taken, each with its own implications – both financial and cultural. The difference is in how street segments are treated in the determining the start and end of a street. A street segment is part of a street between two intersections or junctions.

Approach 1 – Each street segment as a street

The first approach is to treat each segment as a street in its own right, giving each one its own name. This is easy to understand, follows an obvious logic, and is relatively easy to derive the street names using an automated algorithm. However, in densely populated urban areas, this will result in the production of an excessive number of street names, leading to both escalating costs for signage and potential resistance from residents and local services providers.

However, there is an advantage to individually defining each segment even if multiple segments are going to be treated as one street later on. Capturing each one as a different object in a GIS or address management system provides some flexibility concerning the naming convention. It also allows data users to assign different attributes to each separate yet related street segment – such as width, surface material, direction of traffic, postcode, etc.

Although the address management which treats multiple sequential segments as one street is perhaps more user-friendly and a more preferable method to the majority of countries that already have an established street naming system, the alternative approach will reduce the number of named streets by a factor of three or four, and thereby significantly reducing the costs of signage and create a more manageable data set for a local authority to administer. However, it is a much more complex approach. For example, exact rules as to where a street starts and ends need to be established to ensure consistency, particularly if this process is to be automated. After all, manual processing is likely to be prohibitive due to the considerable amount of required field and surveying work.

To identify the best method for naming the million plus streets across Ghana, we applied the two approaches to a sample area of the capital city Accra. As expected, the number of streets generated by allocating a name to every street segment generated significantly more streets than the approach taking sequential segments as one street. Due to the density of streets in the sample area, the former approach also resulted in very small street segments being treated as streets in their own right – even when they didn’t contain any settlements, businesses or services. Using approach one, we identified around 125,000 street segments in Greater Accra, however approach two resulted in around 40,000 streets.

‘There really isn’t one simple solution. Based on the results of the sample, the logical approach for the densely populated cities is to treat multiple sequential segments as one street, while in the more sparsely populated remote areas of the country, treating each segment as a street in its own right would be more beneficial. We’ll then be able to use our National Street Naming and Numbering software (an adaptation of our UK Street Naming and Numbering solution) to name the streets and number all the properties. This simple introduction of an address creation and management system will be the foundations on which services can be reliably provided to citizens and income can be generated by business and government.’

Our National Street Naming and Numbering solution that was developed specifically for Ghana, is now available for the international market as a whole. Contact us at solutions@aligned-assets.co.uk for more information.