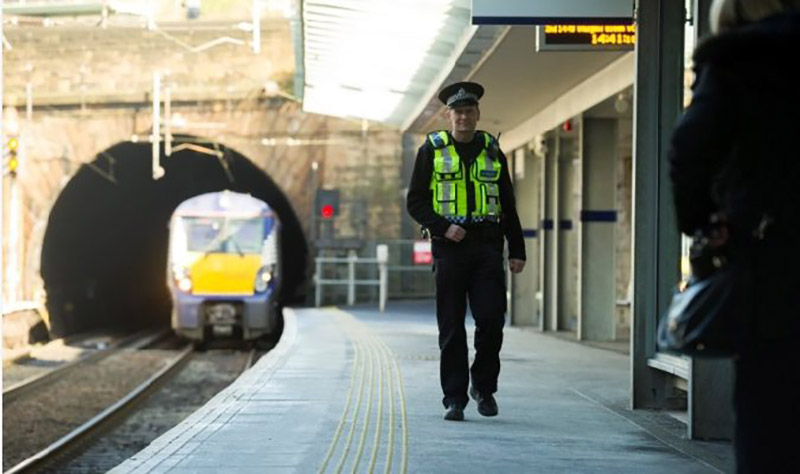 A single force gazetteer keeping address management in one place sat at the centre of British Transport Police’s plan for integrated systems.

The work undertaken by Police Forces up and down the UK is constantly evolving and increasingly they are finding that their back office systems are also having to evolve and adjust to keep up with the changes experienced by front line staff. This was felt particularly keenly by British Transport Police’s GIS team.

Correct, precise addressing and location data is key to the daily operations of all of the emergency services and this is especially critical to British Transport Police in that a lot of their information is bespoke to railway stations and railway lines. BTP wanted to centralise its data in order to ensure the quality and consistency was at the required standard.

Along with integration with the Niche and ControlWorks systems, several other criteria needed to be filled to complete the solution.

AddressBase Premium was identified as the dataset British Transport Police wanted to use. AddressBase Premium is the most accurate and up to date national dataset currently produced in the United Kingdom. It is a combination of data from local authorities, the Royal Mail and the Ordnance Survey. Each record is tagged with a Unique Property Reference Number (UPRN), which enables cross-departmental and cross-organisational accuracy when sharing data. An additional feature of the dataset is the 6-weekly Change Only Updates that ensure the data is always correct and up to date.

The solution also required the ability to extend the data with additional information that would not be traditionally held against the mandatory BS7666 standard. In addition to this the ability to manage spatial attributes, specifically beat boundaries was essential.

As well as extended records, the solution also had to provide the ability to create and manage Local Records, outside of those provided by AddressBase Premium. These records included information such as Railway Stations, rail and tramlines and rail depots.

Finally, the solution needed to be implemented quickly. This project started in November 2015 and Phase 1 was scheduled for completion with the Niche go live date in February 2016. This required the solution to be ready prior to this date. Data then needed to be continually added after this time for ControlWorks to go live in July 2016. 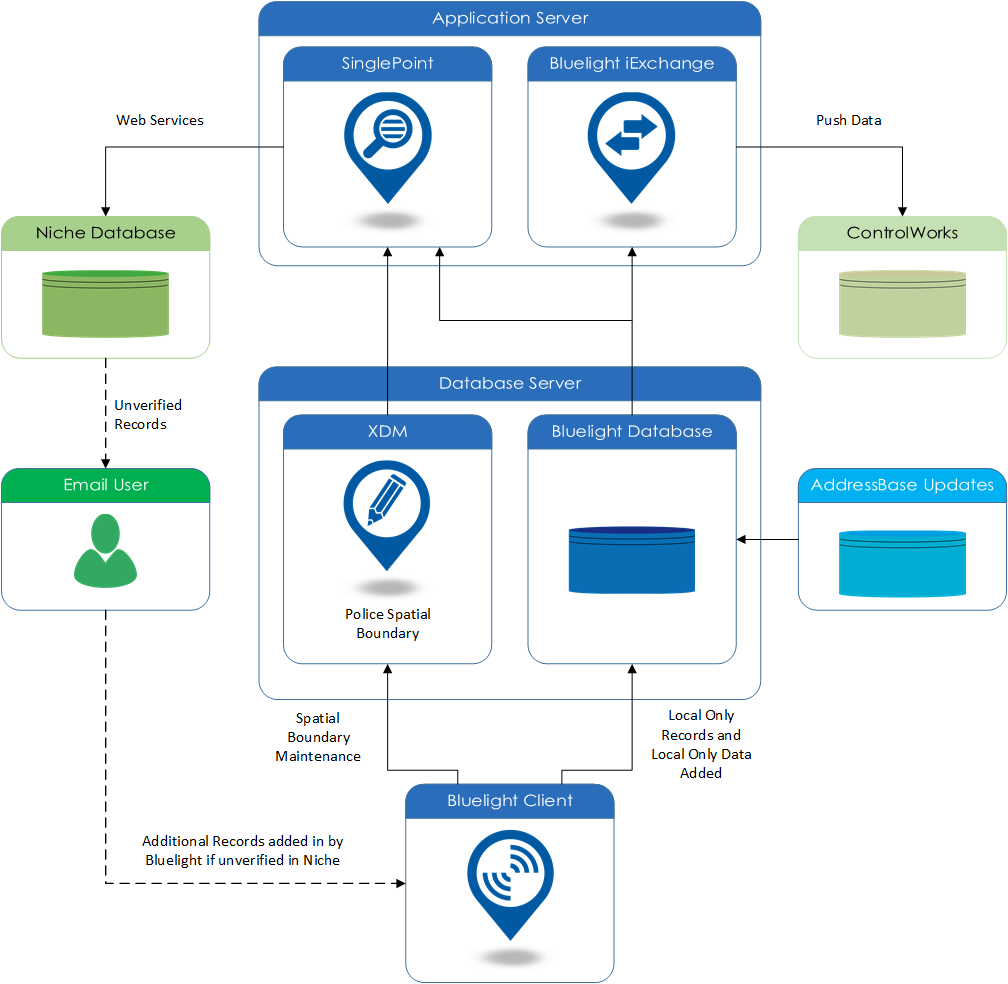 Aligned Assets’ Bluelight Gazetteer, The UK’s first Gazetteer developed to use the AddressBase Premium dataset, was selected by British Transport Police to manage their address data.

The Bluelight system has been engineered with the necessary features to import regular updates to AddressBase Premium, including the 6-weekly updates and Local Records. This enables BTP to add depth to this comprehensive dataset with the additional information they require, such as railway lines and stations, light railways and cable cars. This data can then be distributed throughout the organisation.

The Bluelight Gazetteer is the centre of the system. This ensures that the entire address management process is standardised and consistent. As well as the initial load of the AddressBase Premium dataset and the 6-weekly updates, the Bluelight gazetteer also receives the Local Only records and data that is added, creating a centralised repository for their address data.

If a record is found in Niche that cannot be verified a process has been setup to add the additional information into the Bluelight Gazetteer. Once the information has been received by the GIS team, a Local Only Record can be created.

Finally, the Xtended Data Module is used to create new Local Only records. This data contains elements that are not contained within the BS7666 data standard and by using XDM BTP can add additional information to their records that could be critical to the work done by both back office staff and the officers on the street.

XDM also connects to SinglePoint to provide information for spatial boundaries. As their jurisdiction covers all of England, Wales and Scotland, BTP need the ability to isolate accurately the location data down to beat level.

The biggest obstacle encountered was the short time frame British Transport Police had to complete this project. As well as getting the new system tested, installed and implemented, new infrastructure had to be introduced to assist with the large volumes of data processing.

The infrastructure and software was installed very quickly and the initial data build with AddressBase Premium soon followed. The biggest task after this was adding in legacy data and new Local Only records.

Due to the volume of records involved, the decision was made to split the data into categories as it was loaded and then prioritised for each phase of the project. The records were then validated and checked for accuracy about the location and extended data contained within. Each record had to conform to BS7666 standards and naming conventions were set up for Local Only record creation. Aligned Assets created a template to create bulk Local Only records along with various scripts to support this. The time taken digitising the new and existing files for upload to the Xtended Data Module was also quite substantial.

To get this project completed on time, took a phenomenal effort from all involved. Because of these time constraints to BTP’s GIS team had to focus all their efforts on the project with only critical region specific functions continuing. This however enabled the combined force of the GIS Team, in-house staff including the IT department as well as external 3rd party consultants and Aligned Assets to hit and complete the various phases by the proposed deadlines.

British Transport Police have realised several benefits since completing the first two phases of this project. Richard Moss, interim GIS Manager at British Transport Police reflected:
“Using a national address gazetteer which allows 6-weekly updates has reduced the time and effort in the manual processing of records allowing us to spread our resources across the department in a more efficient manner.”

“Now we have one Single Force gazetteer all of our address management is in one place and gives us one version of the truth. This has led to greater awareness and appreciation throughout key areas of British Transport Police as to what the gazetteer actually is and what it does.”

“We hope that the benefits brought by this project will lead to increased detail of crime recording location allowing greater accuracy and therefore better analysis and reporting in the future.”

By adopting a solution that provides them with a national dataset BTP are now able to recognise greater accuracy in the addressing data for their entire jurisdiction. Residential addresses have been utilised to a more significant degree and a greater level of detail in location recording has been achieved. This will all benefit the public as well as BTP, by ensuring a greater level of accuracy and saving time and money when responding to live incidents – especially those requiring a rapid response.

The biggest lesson learnt by British Transport Police was the impact across the organisation achieved by training around the new data in conjunction with the integrated systems. This training enabled the organisation to understand how different systems link together and once integrated, how the entire system needs to be fit for purpose for all business functions without being biased to one particular need.

Another future development will be in the integration of the address data into mobile devices. This will provide officers on the front line with the ability to access the address data directly, saving time and reducing the possibility of error.

This also opens to opportunity for the data to be visualised in other apps, such as Aligned Assets Augmented Reality app Symphony AR. This will provide a real time visualisation of key risk and location data held within the gazetteer relevant to the current location of the officer.