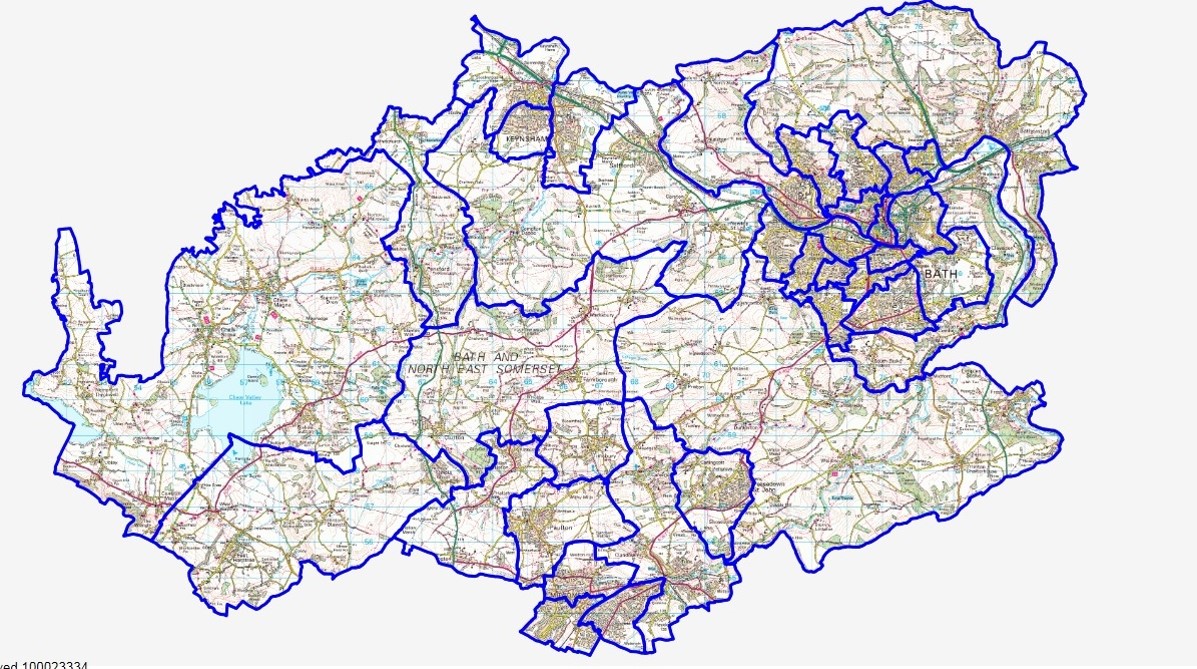 When the Local Government Boundary Commission (LGBC) for England paid Bath and North East Somerset Council a visit, they were looking to redefine the wards and their boundaries, to better represent their residents.

With over half the total population densely packed into Bath, and the remaining half in small villages and towns spread over 350 km2, it was felt the ward boundaries, unchanged since 1996, were no longer viable. Add to that the fact that population growth from new developments was concentrated in only a handful of wards, along with the rapid expansion of the two universities, the disparity in ward populations was no longer sustainable.

The resulting Boundary Commission Review proposed a reduction in the number of representing councillors, a cut in the number of wards and changes to 80% of the ward boundaries to project an equal population (within 10%) in 2023. Tasked with this complete overhaul, Bath and NE Somerset Council had to firstly match the full electoral register to the latest LLPG (being managed in iManage) using the Aligned Assets address matching and cleansing tool, iMatch. By doing this, they were able to update any UPRN errors in the electoral register as well as add new properties, such as houseboats, to the LLPG. They added in all the new estates under construction to give an estimate of the future electorate, and produced a mapped electoral register using their LLPG gazetteer iManage. Using OS MasterMap, they were then able to produce mapped wards with accurate boundaries which could now be reviewed for viability. 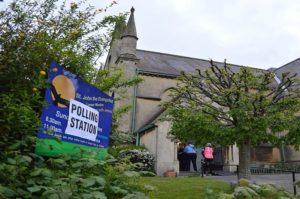 Based on the results of Bath and NE Somerset Council’s input, the LGBC were left to consider some revisions before the final ward boundaries were agreed and published. This was not the end of the line for this piece of work as Bath & NE Somerset now had to redraw its polling districts. As the wards had both larger areas and populations, they had to plot out more polling districts than they previously had. Once again this involved rematching the full electoral register to the latest LLPG in iManage, correcting UPRN errors in the electoral register, adding in new estates under construction, mapping out the electoral register, mapping out current and potential polling stations before finally modelling the polling districts with OS MasterMap accurate boundaries. This then had to go back out for further consultation resulting in more revisions before final agreement.

With the ward boundaries and polling districts now agreed, Bath & NE Somerset had the timely exercise of sourcing the ONS codes before they were finally able to update all the council systems.

Managing and sharing the new data

‘The easiest task by far, was updating the LLPG on the iManage gazetteer. Using the feature for importing ward and parish polygon data, this was fast and accurate. The Update Boundaries feature could then be employed to update the BLPU parish and BLPU ward data automatically, saving loads of time. Regrettably, it wasn’t so easy for other systems within the council, despite us offering a full export of the LLPG,’ commented Martin Laker, GIS Team Leader & LLPG & LSG Custodian at Bath and NE Somerset Council.

‘This exercise has been a long overdue revision of our whole region, and after a couple of elections earlier in the year, we’re confident everything’s in the right place for the imminent general election. Using the Symphony suite of products, including iManage for managing our LLPG, iMatch for matching and cleansing the address data and iExchange for sharing the updates across the organisation, made what could have been a huge administrative task so much easier and time-efficient.’

‘When you look at the complexities involved in changing ward boundaries, we’re delighted our specialist software enabled a smooth and efficient system update for Bath and NE Somerset,’ commented Aligned Assets Commercial Director, Dinesh Thanigasalam. ‘Having the right software in place allows organisations to be in control of the elements of a project they can manage themselves.’

Contact us to discuss how our gazetteer solutions can help you meet your objectives.